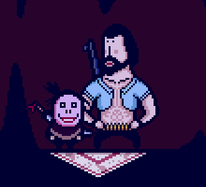 Before reaching Big Lincoln, Buddy must defeat his guards; first of which is Bullet Tom. Tom can spend a lot of time reloading his gun, so this fight can be relatively easy. 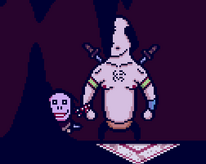 Next up is Clark Cutter. As long as Mend is used regularly, he can be easily defeated. 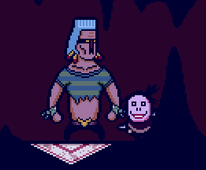 The penultimate guard is Grip Ripper. If you have had difficulty with the previous fights, it would be recommended to go back and save before fighting Grip due to his ability to cause paralysis. 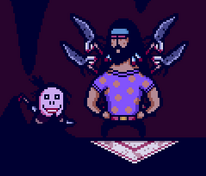 The final guard fight is Poker Heat Johnson. Johnson has a high-damage move; however, he uses it sparingly as he will spend most of the fight Talking Trash. 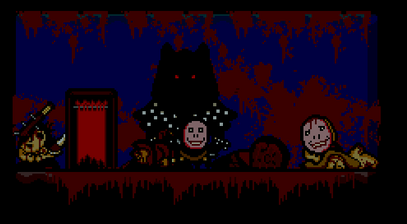 Once the cave has been completed, and Buddy passes through the Graveyard, Big Lincoln's house can be reached. Inside, many corpses can be found, and upon reaching them, Big Lincoln will creep up behind Buddy. As long as Mend is used often and Buddy has fought most of the enemies in the game, this shouldn't be too hard. 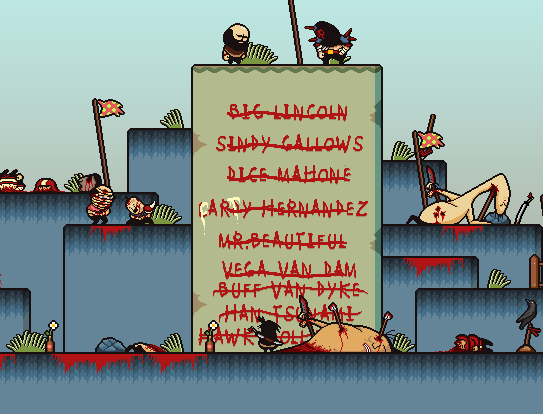 Retrieved from "https://lisa-rpg.fandom.com/wiki/Big_Lincolns?oldid=18015"
Community content is available under CC-BY-SA unless otherwise noted.