Dice's House is a location in LISA: THE JOYFUL accessed by the Area 2 Crossroads. It is an area owned by the Leader Dice Mahone, a man that Buddy must defeat in order to become the most powerful person in Olathe. 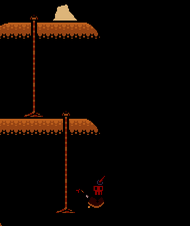 Once entered, the right wall on the 2nd floor can be walked through, to which a Lucrative Tea can be found. 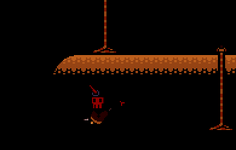 To the bottom left of the cave is a hidden entrance to a valley.

The following can be found in the valley: 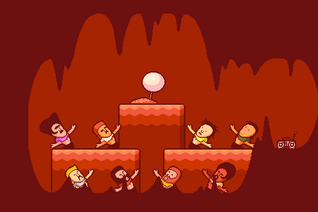 Entering the cave, walk to the right hand edge and press the action button, the camera will pan to the funeral of Widdly 2 Diddly, unlocking the W2D achievement. Walk left through the wall and you'll find a Green Helmet. This will trigger Tooley the Green Ranger, to appear in front of Green's House. It will also give you an achievement.

Walking back through the cave and to the east, leads to Dice Mahone's. The left hand most house contains Bone Hammer Bill who will ambush Buddy. Further east is Pete Thorne who can be assassinated if dashed onto. Once passed, the next house over has the Dice Boys, Buck Spider and Benny Omega. On the next screen is Prince Devon. Further up is Blade Londa, seemingly crying over a corpse of a colleague. The looks of these enemy look very similar to that of the Biker Gang in LISA: THE PAINFUL, possibly meaning that they were part of Dice Mahone's Gang.

In one of the last houses with two levels, walk through the wall at the end to reach a Generator that can produce Diesel F. Bombs

At the end is the warlord, Dice Mahone, who has since turned into a Joy Mutant. Afterwards, Buddy will be rewarded with some Joy and will be returned to The List. 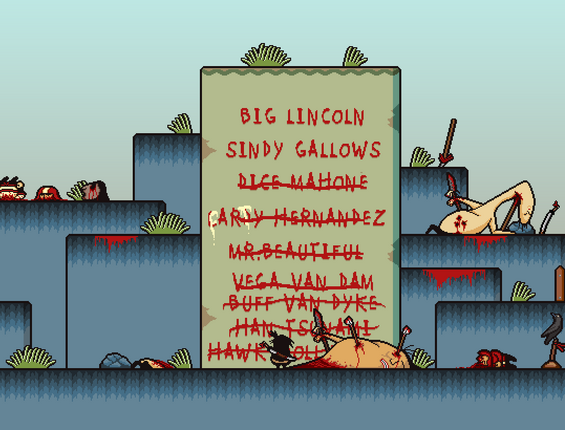 Retrieved from "https://lisa-rpg.fandom.com/wiki/Dice%27s_House?oldid=27570"
Community content is available under CC-BY-SA unless otherwise noted.