The Eternal Wrestling Championship, abbreviated EWC, is a location in LISA: THE PAINFUL. It isn't much more than a large wrestling ring surrounded by two small buildings to the left and right, inside which are a bed for wrestlers and a sign-up room respectively. However, the namesake of the EWC is held here, and Brad can choose to participate. The EWC's modes allow for great gains of experience points, as well as items and unlocking two party members, Sonny Backluwitz and Shocklord. 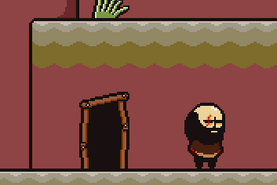 To the far east, past the door is Wrestle Village, often missed. 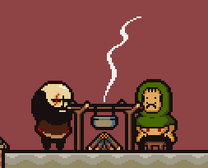 First, is a camp, to which Brad can obtain Bottles of Soup. 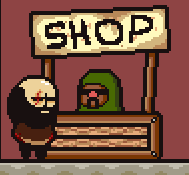 To the top is a shop containing the following items:

Further to the east, up a rope is the cave of Sonny Backluwitz, a possible Party Member. Sonny will join Brad if he has won the Eternal Championship (And thus disabled the EWC)

To the end is a man blocking the path to Mike's Cargo. He advises that the 'Devil's Machine' is beyond and that nothing is to return once entered.

Retrieved from "https://lisa-rpg.fandom.com/wiki/EWC?oldid=23675"
Community content is available under CC-BY-SA unless otherwise noted.