This article is a stub and could use some major help.
Go on and expand it with your knowledge.
-Wiki Tutor Terry
The Land of Hints is a location in LISA: THE JOYFUL next to the Area 2 Crossroads and was the home of The Lord of Hints, Terry Hintz.

Scattered about the area are several familliar hint posters, all of which written by Terry himself. As you progress, it seems that the "hints" get more and more depressing as you go on, most likely a factor of Terry's severe loneliness.

The buildings are also adorned with a cheetah-print pattern, and their only inhabitants are scarecrow-like figures of Terry Hintz, once again, built out of lonely desperation. They look similar to the Brad dummy in the Easy Mode presented by Larry Stintz, but most likely share no relation.

At the very end of the area there's a large golden chest, accompanied by a throne of mattresses and a grand-scale painting of Terry. Inside the chest is a cheap plastic Terry Hintz mask, which Buddy will be able to equip. 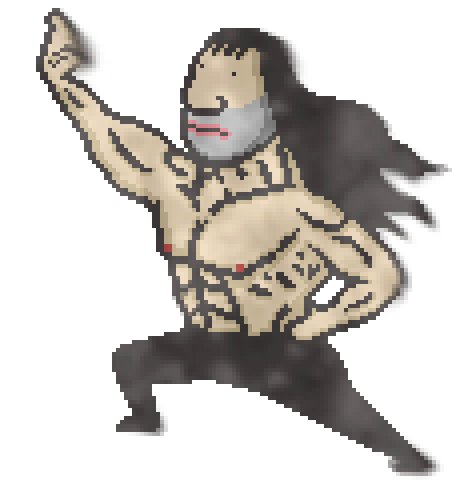 RESPECT: When entering a new community, it's best to be polite. Do otherwise and you'll get hanged! -Tyrant Terry

LEADERSHIP: It's not easy being an overlord. But, it becomes easier if your fans like you. I know mine do! -King Terry

LITTERING: Littering in the land of the hint lord is forbidden! -Eco-Friendly Terry

FIGHTING: Don't even waste your time here, I'm the strongest! -One, Two Terry

BOWING: Make sure to always bow to the lord. He deserves it! -Strawterry Shortcake

LONELINESS: Having nobody in your life can be tough. But, having hobbies can fill the void. -Terr Cares

DEPRESSION: I don't even know anymore. I need a real friend... -Terrific

The final few hints are "just furious scribbles and tears".

Retrieved from "https://lisa-rpg.fandom.com/wiki/Land_of_Hints?oldid=29069"
Community content is available under CC-BY-SA unless otherwise noted.