Rando Land is the final area of the game, and the heart of Rando's base of operations. It is a vast stretch of land marked with what is possibly barracks and other armaments. Brad comes here after escaping from the Deserted Island to reclaim Buddy and stop Rando once and for all.

Once Tardy Hernandez's corpse gets Brad over the sea, Brad has to climb Rando's fortress. To the top right is three Rando Rations. On the next screen are three more Rations.

Continuing to the east, Brad finds Buddy held captive by Mr. Angoneli, Sticky's father. He laments how he thought God hated him and lamented about his previous toilet cleaning job. However, now he "has the girl". He scars her face, to mark her as his. After Brad defeats him, he gloats that her scars are his "mark on history". Afterwards, Buddy tells Brad she knows what a failure he is and runs away. Brad's class changes to "Failure". This changes Brad's skills to:

In Rando's Base are many Diesel generators that can create Diesel F. Bomb. If you run out of bottles, use some water or soups to free up some bottles. You'll need as many as you can get.

Brad finds Buddy next to the Rando Army. Brad attempts to flee with her, but she runs back into them. Behind Brad appear his three party members he abandoned. They try to reason with Brad that she is needed for the continuing of the human race. Brad denies that any of them need her, and that he is her one true saviour and that they are filling her head with nonsense. Brad fight his friends to the death. They participate, but fight half-heartedly. The music playing during this fight is 'The Sacrifice', the same music that is played when Brad is raising Buddy at the beginning of the game.

Brad's party members are commonly assumed dead after the battle. However, the player does not earn experience for killing them: the only time this ever happens in the game is after defeating Rando and Buff Van Dyke, who both survive the fighting. Therefore, it is possible that Brad did not actually kill his party members but just knocked them off. If you didn't have any party members in the party before heading to the island, you'll fight Illusion of Friends instead, a hallucination that can even be taken as proof that the fight in general was a hallucination, since the soldiers show no real response to Brad fighting his party members. 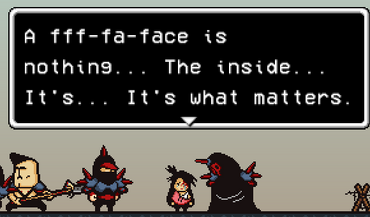 After Brad defeats his party members, Rando is seen comforting Buddy about her face, saying that "a face is nothing, the inside, it's what matters". He speaks in a very weak tone, to the surprise of his army as even they haven't heard him speak before. 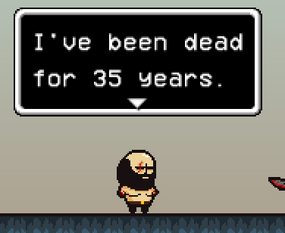 Brad refuses to back down and faces against innumerable odds. He has been dead for 35 years, what is there to lose? He then fights a huge number of enemies:

Further in his Joy induced rage, he fights:

Brad seemingly becomes inhuman, learning the Cry skill. This will increase Brad's SP. Brad is losing all control of his rage and feeling that he is a complete failure. He fights other members of the Rando army who are slowly becoming more and more terrified of Brad, crying and weeping at what they are seeing:


The Rando Army attempts to retreat, unable to stand a chance against Brad now, trying to give him Buddy to make him happy. Brad now learns the skill Scream, something very similar to that of a Joy Mutant. Before the army can escape, Brad catches them, and proceeds to fight:

The aftermath is seen of Brad's slaughter. He continues on to Rando and tells him not to touch Buddy. Rando steps forward to protect Buddy and fights Brad in one last attempt to stop him.

Despite killing everyone to save Buddy, and reaching her, Buddy reveals that Brad wasn't there for her when she was growing up. That he, out of all of these men, hurt her the most. That he failed in every way imaginable to her. Not only did he fail Lisa, but he was unable to save Buddy to gain a sign of redemption for his previous failure. 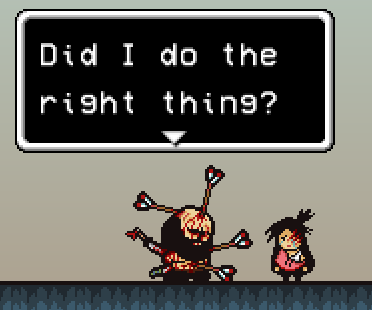 
Retrieved from "https://lisa-rpg.fandom.com/wiki/Rando_Land?oldid=29081"
Community content is available under CC-BY-SA unless otherwise noted.