Sindy Road is a location in LISA: THE JOYFUL next to the Area 2 Crossroads. It is the home of the second most powerful Warlord in Olathe, Sindy Gallows. Buddy Must defeat him in order to become the most powerful person in Olathe.

The area contains many arrow shooting enemies and is more of a test of reactions that an ability to fight. These arrows deal 150 damage to Buddy. 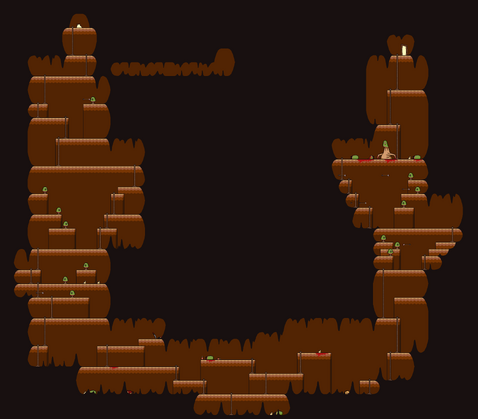 Before reaching the bottom is corpse with a Katana, a more powerful version of Buddy's current Sabre.

Once the end of the cave has been reached, a Joy Mutant, Louie can be found wearing what seems to be the corpse of the arrow shooting lifeforms or a human. Once defeated, the mutant unblocks the path to the exit. 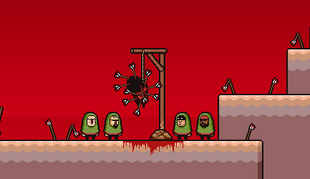 Upon exiting the cave and leading east, a group of men can be seen standing around a hung Sindy Gallows with arrows sticking out of him. They say that Sindy tried to defeat the Joy Mutants, however these ex-followers defected against him as this was "against the will of God". Buddy will fight these men soon after, they are: 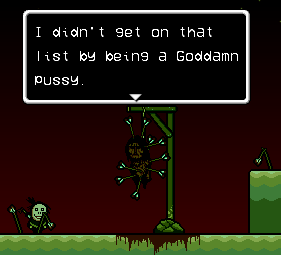 Once the men are defeated, Buddy walks away from what seems to be a dead body when Sindy challenges Buddy to a fight as he is the #2 person on the list and that Buddy will have to kill him in order to take his place. Despite him being half dead, he can put up a very difficult fight. However, with recently taken Joy and some well timed Decisive Stabs, it can be over relatively quickly. Sindy will once again die and Buddy returns to The List.

Retrieved from "https://lisa-rpg.fandom.com/wiki/Sindy_Road?oldid=25928"
Community content is available under CC-BY-SA unless otherwise noted.