Snow Mountain is a location in LISA: THE PAINFUL connected to the Area 3 Crossroads. It is covered in what seems to be snow and is filled with a large group of suicide football players. The area seems to be owned by the Olathe Warlord, Buffalo Van Dyke. The goal is to obtain the Toolbox in order to continue to where Buddy is being held captive.

On the fifth level down, is a hole in the wall on the left. Inside contains a bag of Glasses.

At the bottom, if Pain Mode is active, Brad will encounter a Joy Mutant, Herb.

When walking through Snow, there are many suicidal football players with TNT tied to their helmets. They will slide towards Brad and explode on impact or if left on their own. Each deal 500 damage to every party member. Take your time walking through to trigger them one by one and retreat until they each explode. Once the end of the run has been reached, you can use the Truck Keys to save the game and return as they will not respawn again, in case you have difficulty further on. 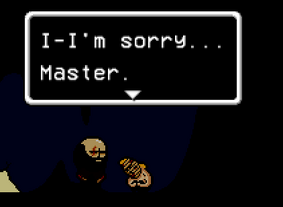 Before climbing, there is a door to the bottom right with a hallucination of Dusty, Brad's pupil. This is foreshadowing to the revelation in the Pain Mode ending.

As the Mountain is climbed, there are groups of normal and Armed Snowman throughout who will shoot Brad upon reaching them. If Brad runs away fast enough this can be dodged. Once fought, their identities will be revealed as Rupert Plowden, Edwin Olaf and Herman Christmas. 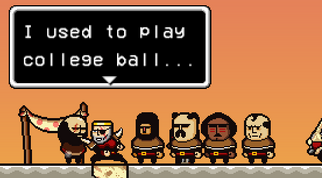 At the top of this section is Buffalo Van Dyke, a Warlord of Olathe guarding the Toolbox. Buff will say "I used to play college ball", a reference to Senator Armstrong from Metal gear Rising: Revegeance. Once Brad reaches them, he will challenge Brad to a fight along with Butch Irons, Iroquois Planter, Walker OBrian and Redd Dillinger, with Iroquois being a possible reference to Iroquois Pliskin, a name Solid Snake used in Metal gear Solid 2. The battle ends once Buffalo has been defeated, so the other party members can be kept asleep/fallen down while Buffalo is focused down. Once defeated, Buffalo will join brad's party as he sees his team as weak.

As the mountain is climbed, odd things can be seen in the snow. Arms and faces seem to be buried in the snow, however they are the same color.

If the left edge is walked off, a pump can be found that can be used to make a Bottle of Dirty Water or Bottle of Water. 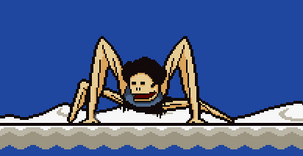 Climbing further, a Joy Mutant, Peter will jump infront of Brad blocking his path. Be careful with this fight as Peter has a chance to permanently kill a party member.

When the top of the mountain is reached, piles of white bodies can be found, eerily similar to that of the bodies in Rando's car previously. This likely means that this area is to dispose of the many dead bodies via cremation and that the 'snow' falling is in fact the ash of the burning bodies. 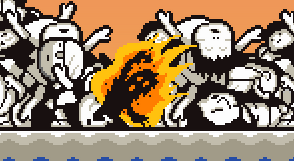 This is supported due to when walking further on, it a man running around aflame. This may be due to him being cremated with the other dead bodies, but not being quite dead yet. The Flaming Man can be easily defeated using the Bottle of Dirty Water obtained earlier from the pump. If the left hand side of the Plateau is jumped off, a The Homer can be found.

Retrieved from "https://lisa-rpg.fandom.com/wiki/Snow_Mountain?oldid=30118"
Community content is available under CC-BY-SA unless otherwise noted.