Village One is a location in LISA: THE JOYFUL in Area 1. it is relatively small and is next to the Joy Lab. The majority of its inhabitants have left to fight the Pervert War. If Buddy speaks to any of the inhabitants without a mask, they will attack her. 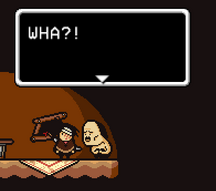 In the first house is Nelson Coots. If Buddy doesn't wear a mask he will attack Buddy.

If the barrel next to the previous building is dashed off of, Buddy will enter the hole in the building next over. In here are two Empty Bottles and a Lucrative Tea. 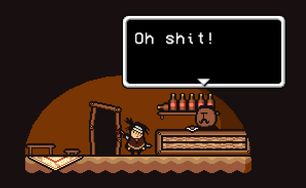 Further east is a bar that, if Buddy does not wear a mask, the bartender Ronald Frontier will fight Buddy. 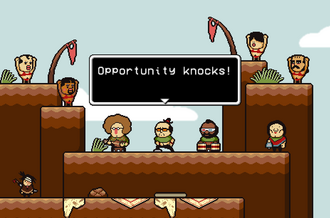 Continuing to the east is the band 'Winner Winner What's 4 Dinner Boys' that, if Buddy wears a mask, will play a rendition of the 'Call' series of songs. If she is not, they will fight her. As there are so many, this may be a difficult fight after the three leaders in Area 1 have been defeated. The enemies are Destiny Woods, Candy Simmons, Cherry Fleet, Sapphire Dawn, Jimmy Winner, Peen Dillies, Larry Cosmos and Burt Tornado. 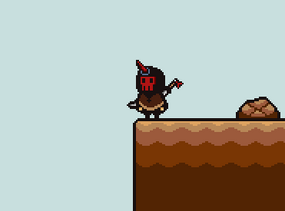 To the west is a bag of Lucrative Tea and a cliff which can be jumped off. This cliff leads to the Joy Lab, only accessible once the Joy Mask from Area 2 has been obtained.

Retrieved from "https://lisa-rpg.fandom.com/wiki/Village_One?oldid=27989"
Community content is available under CC-BY-SA unless otherwise noted.